Customer Reviews
Yes we have received the reinforcing mesh and we are pretty happy with the quality. Many thanks! Chris

I have been ordering powder coated T 316 fly screen mesh from Qijie; unlike others, they never cut orders and always supply quality material to me.

I had very bad purchasing experience with the previous supplier, for they always postpone shipment time. To my excitement, Qijie is always punctual.

Expanded Metal mesh are made from solid sheets or coil. A machine then pierces and stretches the sheet into an open diamond pattern.

Expanded metal mesh is commonly used to guard entry to an area or object or as a barrier, but still allow the free passing of liquids and gases. It can be purchased online and at any Metal Supermarkets location. It can be cut to your exact specifications.

Click on a metal type below to see standard grades and sizes.

Expanded metal is truly a versatile product. Ferrous and non-ferrous metal sheet can be expanded into a wide range of mesh styles. There are standard expanded metal styles and numerous variations in strand width and opening sizes can be produced to create whatever architectural or industrial pattern is required. Expanded metal is also produced in a flattened form which is created by rolling standard or raised expanded metal.

In bond shearing, the shear line falls through the bonds. The result is an edge configuration of all closed diamonds. For bond shearing the resultant dimensions must be in a multiple of the full diamond dimensions.

In random shearing, the shear line falls at random points on the mesh pattern. Edges are open and diamonds are not matched. Random shearing is necessary when the required overall dimensions are not a multiple of the full diamond dimensions.

STRAND THICKNESS - Gauge thickness of the base metal

STRAND WIDTH - Amount of metal fed under dies to produce one strand.

EXPANDING - An expanding press simultaneously slits and stretches base material to form a diamond pattern.

LEVELLING - Expanded metal is usually levelled after the expansion process by a levelling roller.

RAISED (abbreviated R) - Expanded metal as it comes from the press. The strands and bonds are set at a uniform angle to the plane of the sheet. This gives added strength and rigidity, as well as a skidding resistant surface.

FLATTENED (abbreviated F) - Expanded metal that has been cold-rolled after expansion, to provide a smooth, flat and level sheet. The flattening process reduces the original gauge of the the base metal and the strand width increases slightly. Some of the heavier expanded metals can not be flattened.

Expanded metal is often referred to as diamond punched, stretched metal or security mesh. Due to its method of manufacture, expanded metal is one of the most economical steel mesh, or grating material, on the market.

This product is ideal for security, decoration or traction applications. 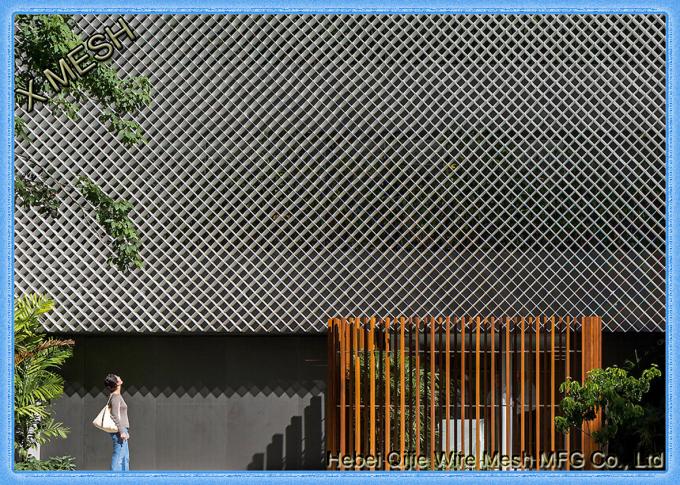 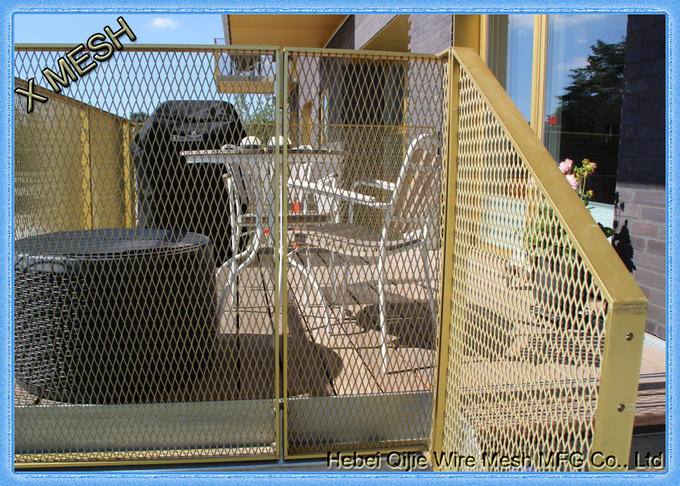 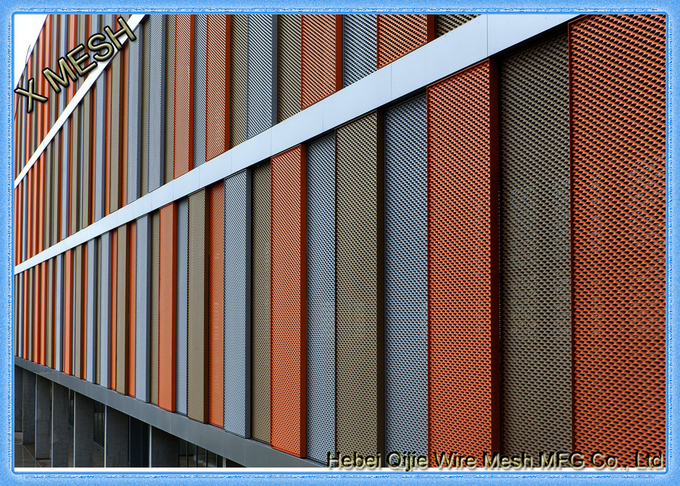 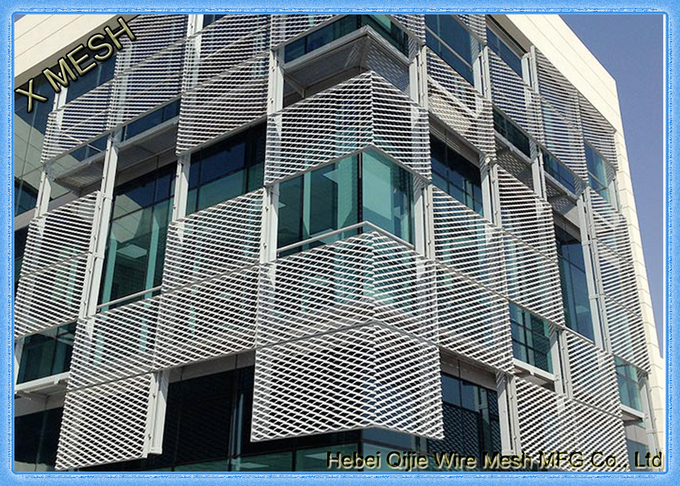